New booklet made by an member of SIG Luftwaffe 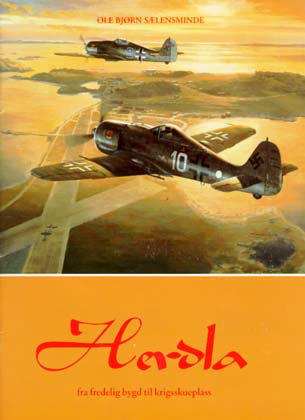 SIG-members Ole Bjoern Saelensminde and Olve Dybvig has made a booklet for the Herdla museum, telling the story of Herdla airfield near Bergen, Norway. It all started in the thirties when Norwegian authorities were looking for a suitable location for an airfield in the Bergen area. These plans were, however, never realized, and it was the German occupying forces who later turned the area into one of their main fighter bases on the Norwegian West Coast. When the war ended, the use of the airfield was soon discontinued. Seaplanes were to be used for some time along the West Coast, and in the fifties a new airfield was constructed, not so far from Bergen and with better communications.

The booklet has 48 pages in A4 format, 35 B/W photographs, 16 aircraft profiles (10 in colour). The text is in Norwegian, with English and German summary and also English photo captions. The cover painting is made by the British painter Mark Postlethwaite.

It can be ordered from Herdla Museum, N-5328 Herdla, Norway, or if you send me a mail, I can forward the order.

Back to main page